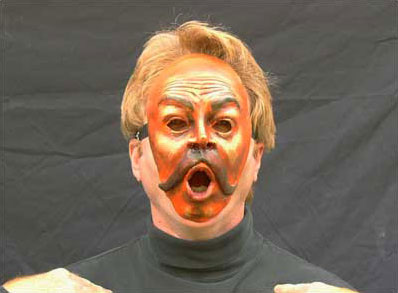 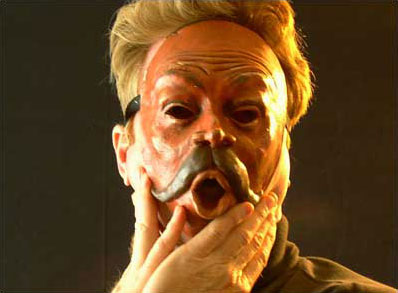 THE RAVANA MASK
Several of the character masks featured on this site were originally created as components of a single many-headed mask for the character Ravana - the fearsome lord of the Rakshasas - from the great Sanskrit epic, The Ramayana. The children's play was produced by the Siddha Yoga Foundation in 1999 as the Golden Tales of Rama.